Stories about love, language and cultures

Worlds Apart is about relationships between men and women from different places, different languages, different national cultures, different religions, different lifestyles, and of course, different genders. The stories are humorous yet heart‐​rending, satirical yet sensitive, upsetting yet uplifting – essential reading for anyone who loves life, language and British humour.

It was on a cool and drizzly June afternoon that Heinrich Strasser stepped onto the quay side at Dover. In doing so, he saw himself as a passive, pacifist Julius Caesar: he would come, he would see, he would be conquered, by all things British. Like an inverted missionary, he was here to have the Good News spread to him by the natives.
– Culture Lovers

‘I think my husband might be secretly in love with you.’
‘Don’t be ridiculous! How could anyone be in love with me?’
– Joy of man’s desiring

‘Oh fuck!’ he murmured as he poured himself a glass of his beloved Armagnac brandy. ­Being of a literary bent, he would probably have chosen different words, had he known that they were to be his last.
– Framing

David Newby was, until his retirement, professor of linguistics and language didactics at Graz University, Austria, and Bergen University, Norway. He is the author of academic publications, school textbooks and… 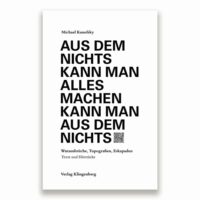